EXCLUSIV  The churches with soul from the Historical Center of Bucharest 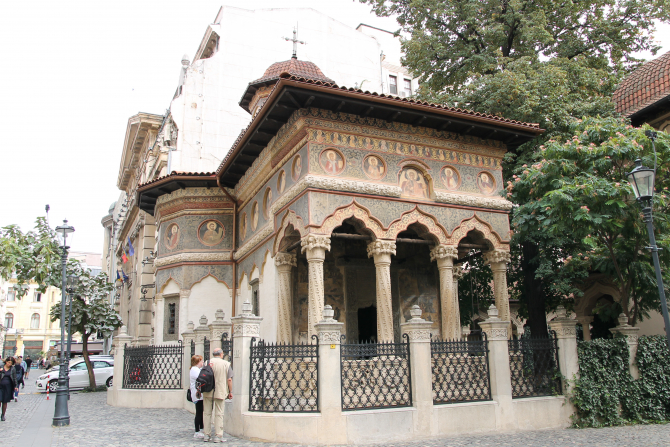 We started the travel, following the footsteps of tourists who visit the center of the capital, in a September day, when the sun brings a golden light among the old buildings.

The Historical Center is conquered by the tourists who have just left behind the Manuc Inn and enter with some kind of timidity on the cobbled street that leads to Curtea Veche (the Old Court). Here, the Church „Buna Vestire” - also known as the Old Court Church, has been waiting for us for almost five centuries. It is the first church in Bucharest, founded of the ruler Mircea Ciobanul, during his first reign, between 1545 and 1554. Today, the church of the former royal court watches the famous Lipscani street, telling the travelers the stories of the rulers of the Romanian Country who were crowned under its dome, for two centuries. 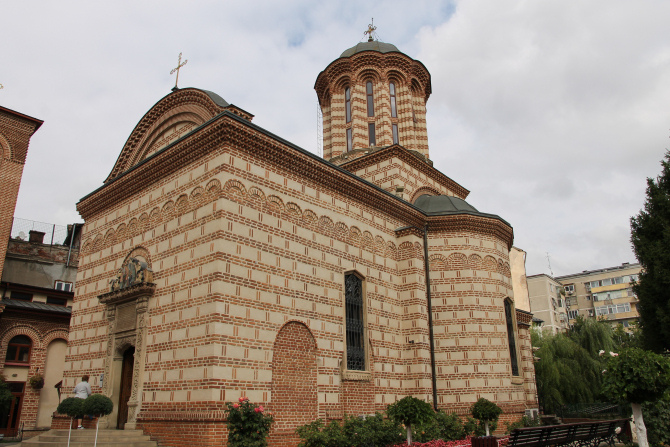 "The Church bears sign of „Buna Vestire” and Saint Anthony's. The imposing building amazes by the architectural style influenced by the church of the Cozia Monastery - the same serrated plan of Serbian type, with the pronaos almost in squared form, with large windows on the north and south facades, covered with a cylindrical vault. The „nave” supports through the arch the tower seated on a circular drum inside, having 12 sides on the outside. Look at the vaulted tower, with its spherical cap", explains George, one of the guides who reveals to the tourists the mysteries hidden among the old walls of the buildings in the Historical Center.

Visitors walk in the secular place of worship with great care, almost holding their breath, so as not to disturb the shadows of the great people who have written the history of these places, through their deeds and whose names are linked to this church that still receives its believers today. The passage between pronaos and naos is made under a double arch. The guide explains why the altar has two "absidioles" that flank it: "proscomidia" and "diaconicon". And why the place has no porch anymore. "For the first time in the construction of the church, the buttress was used in the Romanian Country, being of Moldavian influence, influence attributed to the wife of the founder, Mrs. Chiajna, the daughter of the ruler Petru Rares, from Moldavia. The architectural innovations represent a progress for „Țara Românească” (the Romanian Country) -, since that time. The church, as you can see it now, was built on the site of another older one, which was made of wood, and served as a chapel for the Royal Court, being a copy of Cozia Monastery. On the outside of the walls you can see layers of apparent brick. The old painting was made under the rule of Peter the Younger, but it was not preserved. Also the original piety of the church had disappeared and the one which was preserved was added by Serban Cantacuzino, in 1715, when the painting was redone, adding, at the entrance, that beautiful stone frame, carved in Renaissance style”, explains George, our guide from the Old Center. Everyone's eyes are full of admiration. People avoid talking and they are not even photographing, as if not to disturb the old church, which is not only a building with a rich history, but has also a soul ...

In the footsteps of the abbot Ioanichie and his church

From here, in silence, after about 20 minutes, we exit back on the French Street, and the guide tells us that we'll go to another famous church in this area: Stavropoleos. But first, we stop at the Old Court, which some of the tourists photograph with interest. Our guide tells us, in short, the story of the ruins in the old center of the Capital: “It is the first royal court in Bucharest, which functioned until 1718, when it was destroyed by a powerful fire, which devastated the entire city. It was severely damaged after the earthquake of 1738. The Royal Court was formed by the Voievodal Palace, the church you just saw, houses with reception halls, royal chancery, stables and gardens. Most historians claim that it was founded by the ruler of the Romanian Country, Mircea cel Bătrân (Mircea the Old one), the grandfather of Vlad Țepeș, at the end of the 14th century - the beginning of the 15th century. What you can see now are the ruins of the Voievodal Palace, a protected archaeological site, and inside there is the Old Court Museum”. 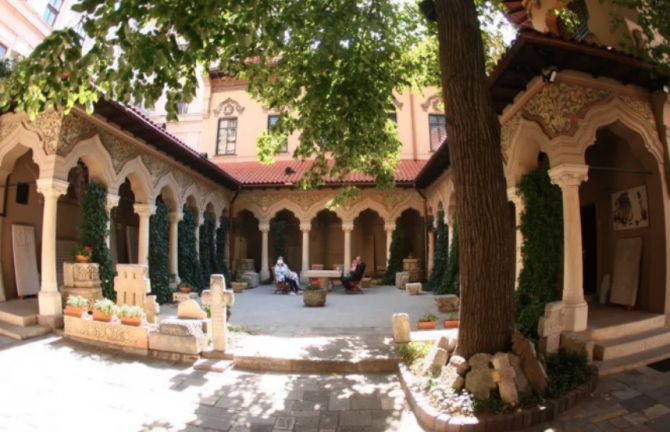 We do not spend more than 20 minutes here, to admire the ruins that brought back the beginnings of the history of the capital. Then we went out, to go further, to the History Museum. From here we go to the old Orthodox church, built in Brancovan style: Stavropoleos Church, dedicated to the Archangels Michael and Gavriil. The name "Stavropoleos" is the Romanian form of the Greek word "Stauropolis" - "The City of the Cross".

"The Stavropoleos church is included on the list of historical monuments in Romania. It was built in 1724, during the reign of Nicolae Mavrocordat, ruler of the Romanian Country between 1719 and 1730. The building was raised by the Archimandrite Ioanichie Stratonikeas, originally from Epirus. In the courtyard of his inn, built in 1704, Ioanichie built a church and a monastery, economically supported by the income from the inn. Even though we find it strange today, this was a common situation in that times. In 1726, the abbot Ioanichie was elected metropolitan of Stavropola and exarch of Caria, and the monastery he built since then bears the name of Stavropoleos, after the name of the old seat”, explains George. 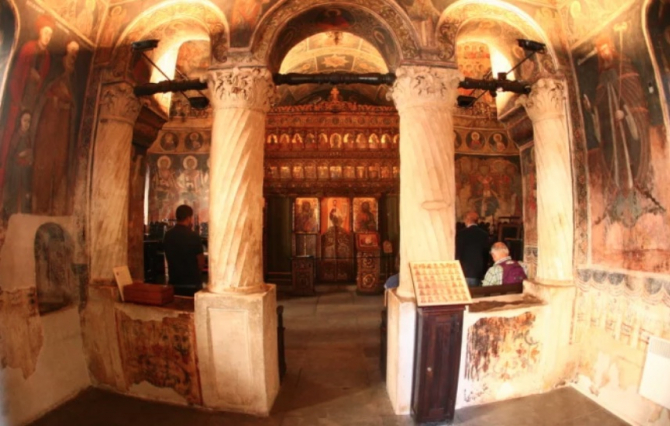 The founder of the church, the abbot Ioanichie, died on February 7, 1742, at the age of 61, and was buried in his church. The inn and the annexes of the monastery were demolished at the end of the 19th century. In time, the tower of the church fell, because of the earthquakes that affected it, but it was restored at the beginning of the twentieth century. Today, only the church remains from the old monastery, and in the immediate vicinity we can see a building raised at the beginning of the 20th century, built according to the plans of the architect Ion Mincu, which houses a library, a conference room and a collection of old icons from the beginning of the 18th century. Also here we can admire religious objects and fresco fragments recovered from the demolished churches during the communist regime. 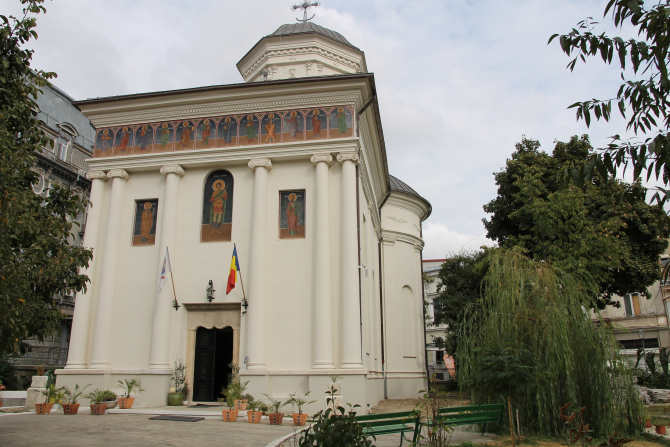 Located on Strada Feanceză no. 1, the Church of Saint Dumitru-Post (Saint Dumitru of Oath) near the National History Museum of Romania (formerly the Post Palace, hence the name of the church), was erected in 1819, on the site of an older church, since the 19th century. XIV. The place houses several holy relics: of Saint Pantelimon, of Saint Haralambie, of Saints Antipa and Nicanor. At the same time, it is the only church in the capital where you will find an old icon with Saint Judas Tadeul.

We have time to breathe again, after holding our breath, all of us being marked by the greatness of the history of the monument. But this happened only after we came out again, in the urban crowd of streets, in the historical center, where we began to speak louder, as if someone or something had stopped us before, a power that forced us until then to keep silence, as if to leave the old church to tell its story, both through our guide and directly, through the stones that seems to talk about the city's past. 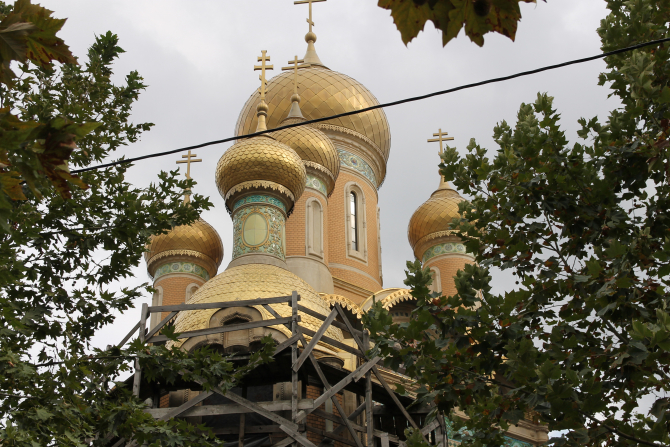 The dome and cathedral of the Russian Church, also known as the Student Church. The place is among the last founders of Tsar Nicholas II Archive DC News 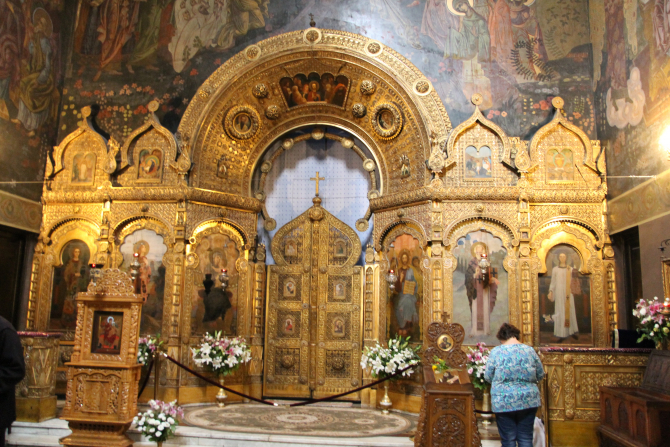 From Stavropoleos Street, we exit to Smârdan, then we enter on Ion Ghica Street, where we are greeted by the cheerful colors of St. Nicholas Church, with its towers in Russian architecture style, very close to the University Square. "The church was raised between 1905 and 1909, at the initiative of Russian Ambassador Mihail Nicolaevici Ghiers, with the support of Tsar Nicholas II, for the staff of the Russian embassy and for the russian believers from the Capital of Romania. The imperial court provided to the builders 600,000 rubles in gold, with the decision not to save money on building materials or ornaments. The church was built according to the plans of Russian architect V. A. Preobrajenski. The interior painting, made by the Russian painter Constantin Vasiliev, is made in oil, in the style of the old Byzantine paintings or the painting of Mount Athos. The iconostasis was carved in wood and polished with gold, being painted by Viktor Vashnovov, following the model of the "Sf. Archangels", from Kremlin”, George tells us.

After almost three hours of incursion into the history of old Bucharest, following the footsteps of the legends and of the great founders, we once again come out to light, to enjoy socializing, at one of the cheerful terraces of the Old Center - a true interactive, outdoor museum! 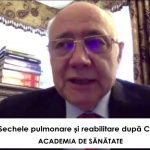 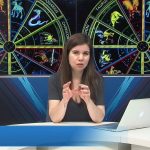 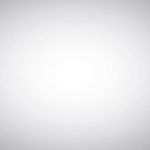 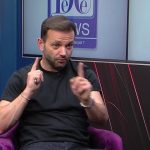 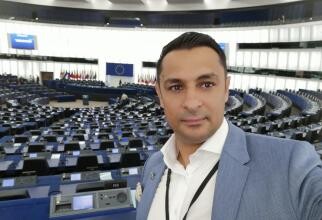 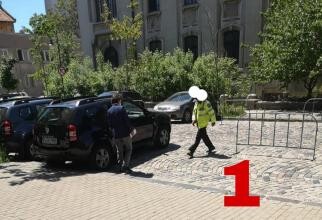 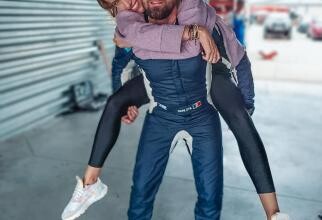 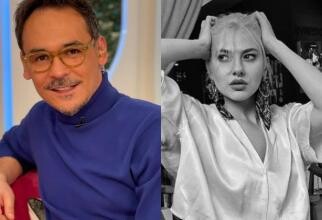 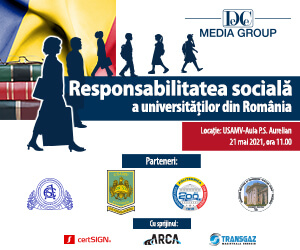 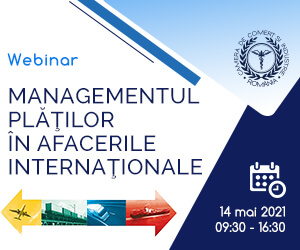